Bhakta Gonzales, who studied photography in his native Peru, did a shoot around the latest Seniors' tour of last Tuesday. Forty visitors from two combined Senior Citizens Centers in Salt Lake City, Liberty & Sunday Anderson, arrived in a huge bus at 11:15 am.

Gonzo, as we call him, snapped off shots of them petting the cows & llamas, feeding the koi in the lake, and holding parrots on their arms, all under the guidance of Vaibhavi. Caru Das presented his tried and true Power Point called “India the Cradle of Civilization.”

Upstairs in the temple room, more explanations were offered on the topics of reincarnation, guru, and deity worship, and questions answered. Hanuman, Wendy, & Caru performed kirtan.

Finally the group enjoyed the tasty buffet and salad bar, replete with many items from our own gardens, and shopped until departure time at 2:30 pm.

This blog is currently not allowing me to post photos. For the associated images click here.
Posted by Utah Krishnas at 2:21 PM No comments: 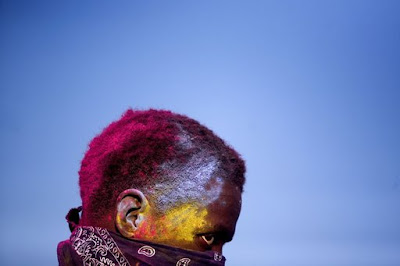 Erin Hooley received recognition Thursday night for the outstanding work she did as a Standard-Examiner photojournalist during 2009.

The occasion was the annual awards ceremony for the regional Associated Press organization, which includes newspapers in Utah, Idaho and eastern Washington.
Erin's photos won first-place awards in the feature and general news categories.

And, to top off her night, the photo that won in general news, "Welcome Home Kids", was also picked as Best of Show. She shot the photo at Hill Air Force Base in May 2009 as airmen from the 388th and 419th fighter wings returned from duty in Iraq.

Erin said the winning photo was just one of several that she liked from among those she took at the homecoming.

"I think the judges liked it because it's Americana, kind of iconic," she said.

The judges called the photo well-composed and beautiful. The same photo also won top honors in the general news category in May 2009 in the National Press Photographers Association regional clip contest.

The Best of Show photo is shown with this column.

Her winning feature photo was shot at Holi, the festival of colors held at the Sri Sri Radha Krishna Temple in Spanish Fork.

Erin is a native of Boulder, Colo., and a graduate of the University of Colorado. She has been with the Standard-Examiner for two and a half years.

Dave Greiling is managing editor of the Standard-Examiner. He may be reached at 801-625-4224 or via e-mail at dgreiling@standard.net
Posted by Utah Krishnas at 10:45 AM No comments: 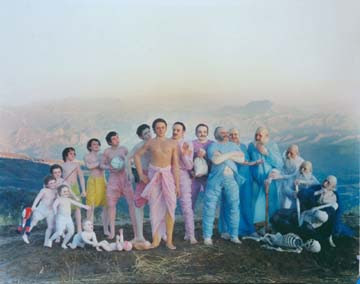 New playlists have been added to our Youtube channel: "God & Science" as well as "Reincarnation".

Click here or on image...
Posted by Utah Krishnas at 11:26 AM No comments: 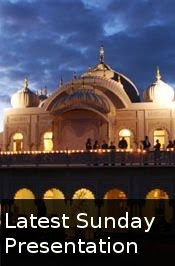 Click here or on above Image..
Posted by Utah Krishnas at 11:17 AM No comments: