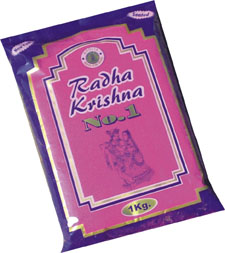 If you are planning a Color Event (City Event, School, Non-Profit, Family Reunion, Birthday, Photo Shoot, Color Run,  etc.), contact us for wholesale prices. By purchasing from the temple you are getting an environmentally friendly product at the best price, as well as helping the temple to do its spiritual work.
We have six assorted colors (violet, green, yellow, pink, orange and blue ) in 100 gram bags. Corn starch, permissable food grade dyes, & fragrance. We are sold out of the Radha Krishna brand to the left, and not getting any more until December. The manufacturer will resume production only after the rainy season in October. The "Enjoy Gulal" brand is extremely environmentally friendly, beautiful colors, and nicely scented. It is ideal for throwing horizontally and working into hair and onto skin.
Will not harm grass. If a large crowd throws the colors on grass be sure to hose the grass down next day, turn on the sprinkler system or pray for rain. Least likely to stain people and clothes if maximum amount is shaken out dry before showering or washing.
We are the largest dealer in in the USA, and do same day shipping. Prices for "Enjoy Gulal" are as follows:
$ 1.75 up to 99 bags: $ 1.50 up to 499 bags: $ 1.25 up to 999, $ 1.00 up to 1,999, $ .85 after 2,000 bags.
Shipping is $ 10.00 per 12 bags or less, $ 15.00 for 13 - 24 bags, and $ 60.00 for each box of 200 bags.
Canada only receives priority or express. Thus for Canadian shipments add 50 % to the shipping costs.
If you would like an overnight or express shipment to anywhere in the world, supply us a Fedex Account number and pay only the cost of goods.
Our preferred method of remittance is through paypal in favor of utahkrishnas@gmail.com. Thus we can print the shipping label right from the remittance notice. If you have any questions or would like to pay through credit card, call Charu at (801) 787-1510.

Posted by Utah Krishnas at 4:25 AM No comments: 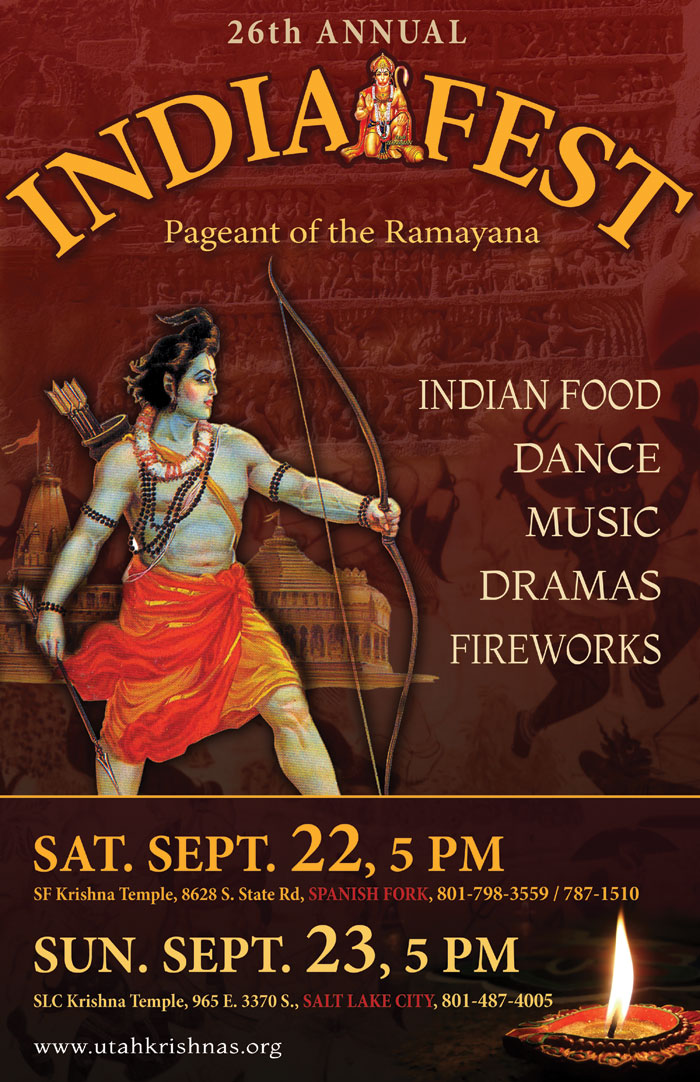 Utah's Krishna Temples will host the Annual India Fest
September 22nd in Spanish Fork & 23rd in Salt Lake City.
Contact: Charu Das or Vaibhavi Devi
801.798.3559 / 801.787.1510
utahkrishnas@gmail.com"> utahkrishnas@gmail.com
After 25 increasingly successful years of India Fest, few people in Utah County are unaware that, once a year, you can go to India without spending a lot of money. You can have India right in -- of all places -- Spanish Fork! Now, this year an additional India fest will be held in Salt Lake City. The Sunday event in SLC will involve the same entertainers & Ramayana drama as in Spanish Fork, but will be held indoors for a maximum of 400 people, and, obviously, no fireworks.

Amrita Gopala Dasi's article on India Fest 2009
Lisa Marie's photo blog : India Fest 2009
Over 4,000 people attended last year’s celebration in Spanish Fork, and the second, more modest SLC event will give a chance to visitors who want the same basic event without straying out of the city that weekend. 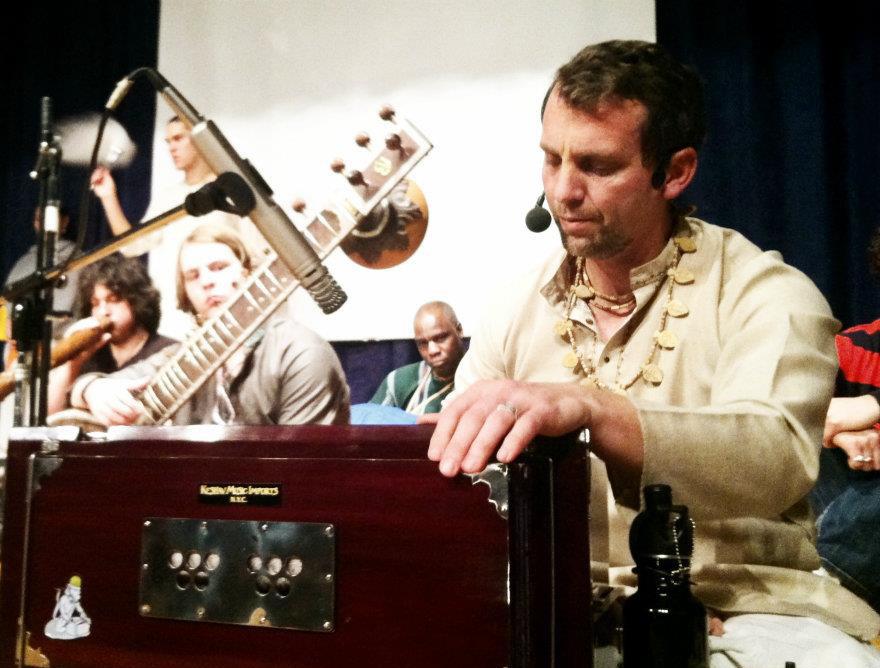 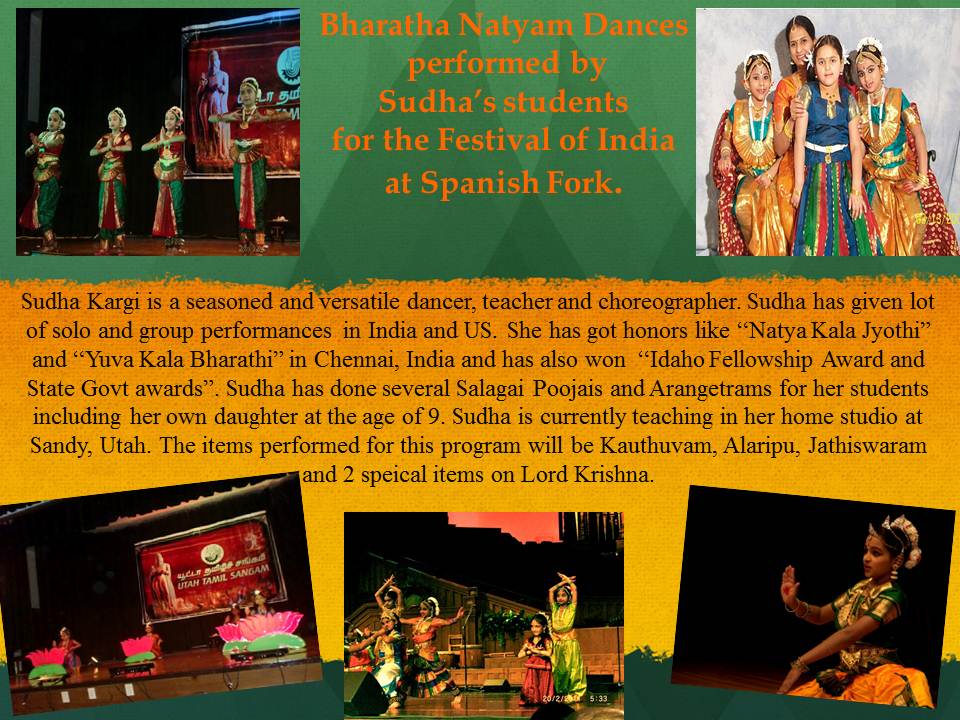 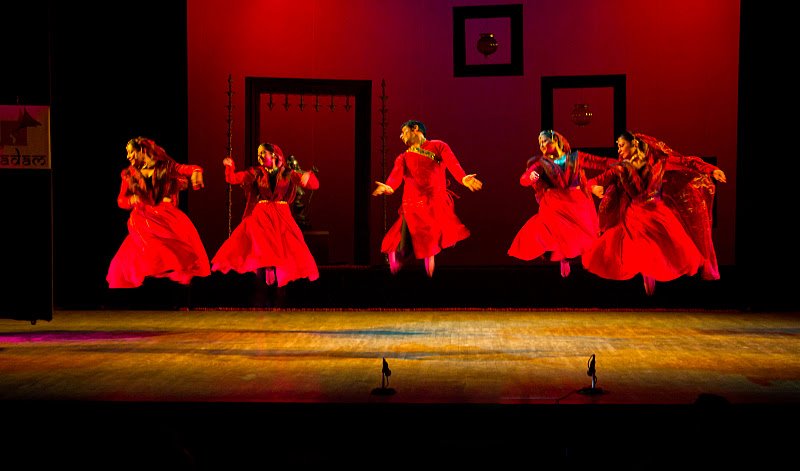 We introduce ourselves as a professional dance company called "NADAM"-an acronym for "Narthan Academy of Dance and Music", one of the premier institutions in Bangalore. We are adept in the Kathak Style-one of the well-known Classical Dance Forms of India. We have imbibed the true essence of this traditional Dance Form and it is our sincere endeavour to preserve this rich, cultural Indian Dance Heritage. We are touring USA and Canada this summer (August-September,2012) with the NADAM ensemble, comprising of 10 dancers with "Kathak Ki Khanak".
7:15 pm Ankitha Ray 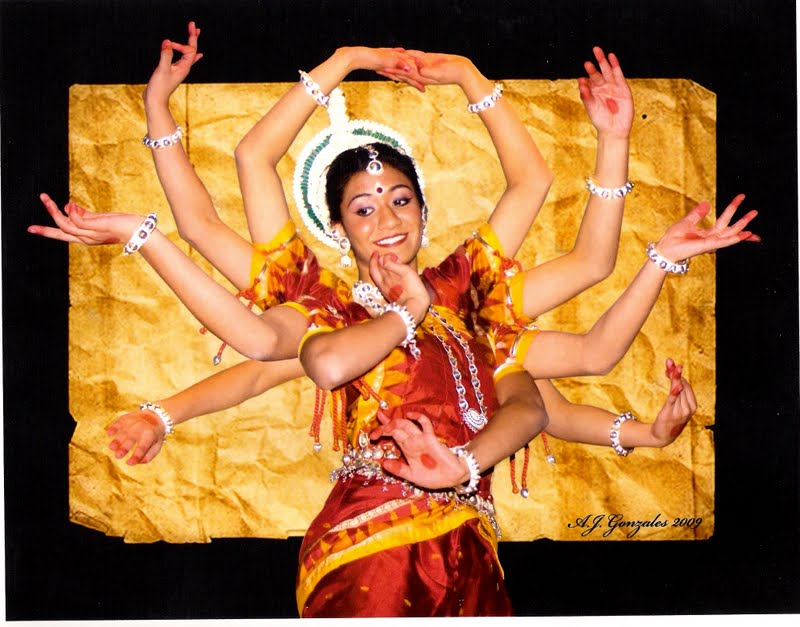 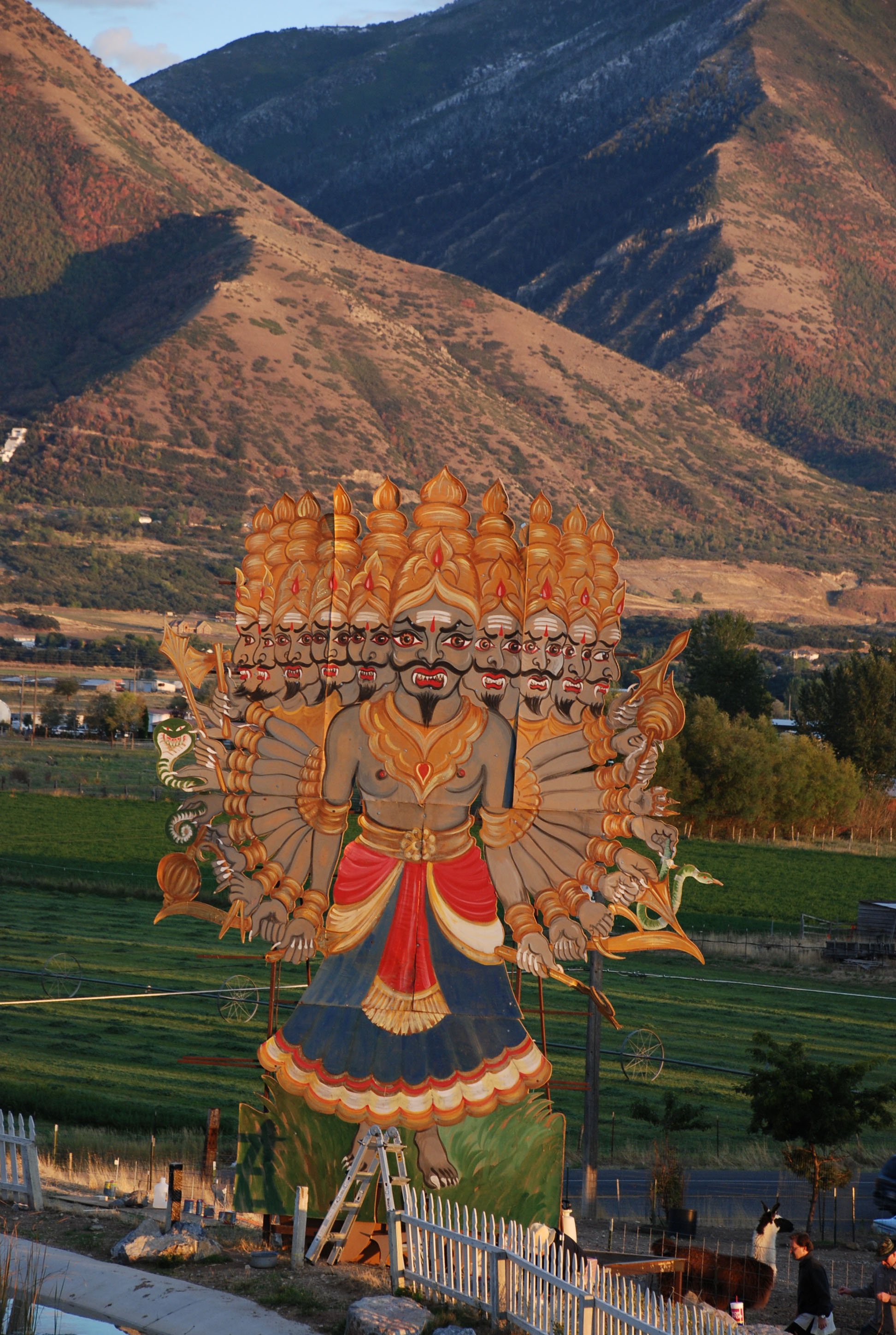 The main event 7:30 pm, will be a pageant of the world's most loved epic, the Ramayana. It culminates at 8:30 pm with the spectacular burning of the effigy of evil Ravana with flaming arrows and fireworks. *Please note this last part of the burning of the effigy and fireworks will occur only in Spanish Fork. In SLC the pageant of the Ramayana will stop short of that point. Otherwise, both day's programs will be the same. 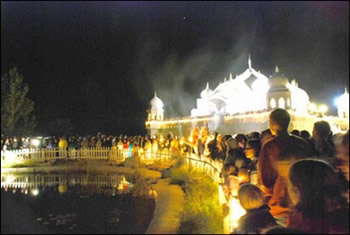 There are 400 parking spaces on the temple property. Parking is free. There is no need to park on the road, and walk a long way to the event. It is also advised to bring a blanket for sitting in the grass amphitheater and a jacket for the slight cooling after 8 pm.

Posted by Utah Krishnas at 4:21 AM No comments: